Recently I received a tip about a small stream worth a visit from someone that I trusted. I was promised wild browns and brookies, so I figured it was worth a day of exploration at the least. After a couple of hours drive, I was navigating my outback along a dirt "road" that had me grinning ear to ear. I immediately knew it was going to be a great day. 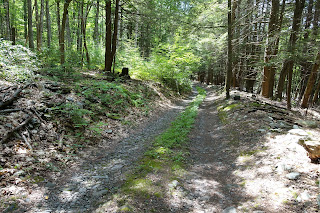 After finding a lucky flat patch of dirt to park on, I walked down the steep banks to the water. It was low, but perfectly clear and cold. Excellent headwaters conditions for August, to say the least. 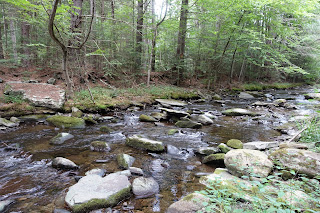 I was into some small browns and brookies right away. 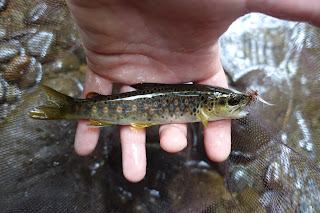 I love the coloring on young brown trout. 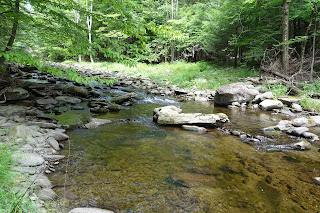 This pool, above, held a nice trout that went for my fly a second time after I missed the first strike. Sometimes you get lucky. 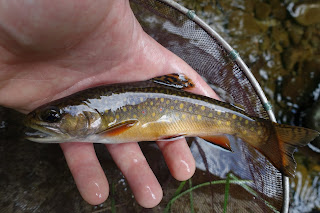 On the far side, in the second pool, I hooked a similar sized brown. I wondered how the territory would be settled after releasing both fish... would they return to their respective pools to become kings once more? 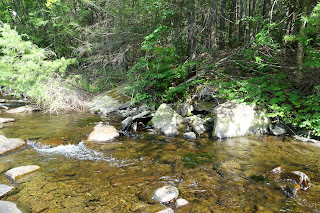 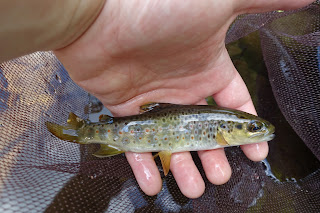 For the first time in a while I had decided to use predominantly dry flies for the day. I chose an Ausable Bomber tied by Alan of "Small Stream Reflections" blog. Admittedly, I'm not great at tying these, and Alan's are really well tied. 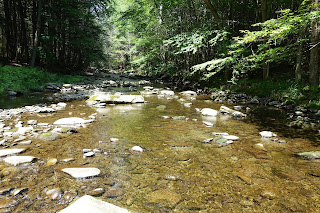 As you can see, they work quite well. The water was ideal for dry fly fishing and I was getting strikes left and right, many from fish too small to even swallow the hook. I also have found that they work in any month of the year, even in the deep of our last winter. Just because you don't see them rising doesn't mean they won't rise if you float a bomber over their heads! 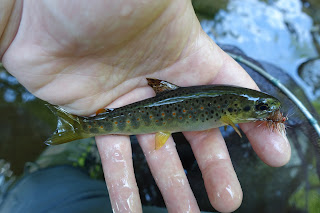 I had two rods rigged up on my pack and did fish a few deeper holes with nymphs, which was also quite successful. 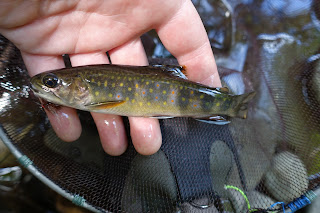 Most of the holes at these headwaters here were very small at best. There wasn't much holding water and most fish were maxing out at 6 inches. I decided to move downstream in search of deeper pools and some trout in the 8-12 inch range. 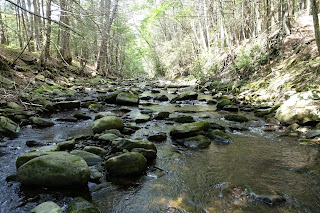 After surveying my map and eating the sandwich I packed for lunch, I drove back down the dirt road to a spot that would appear to give me access after a short hike in. 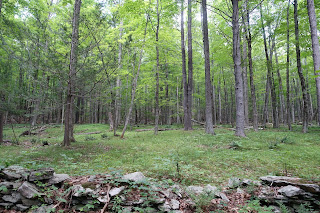 I made my way down to the water, following some kind of old dirt access road or trail. I could hear the water rushing loudly from the top of the hill as I approached. That's the sound I like to hear! Fast-water streams always get me excited. 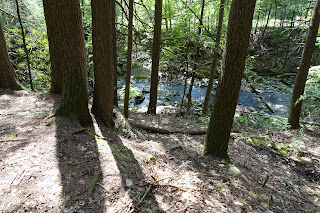 I saw lots of caddis larvae here indicating a healthy stream and plenty of food for the trout. 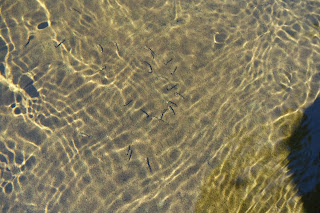 Creeping up on this place, I spotted a fantastic deep hole and stayed to the left of the rocks. 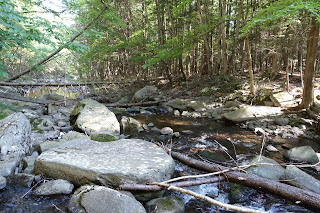 Staying low, I approached, crouching behind the rock you can see below. I drifted the bomber into the current and BAM! My little nissin rod had bent in half. Oh my. 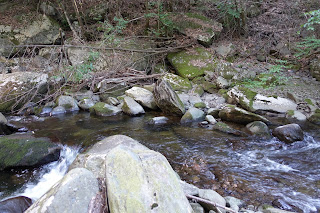 I decided that the best move was to just hold the fish to the side of the current. Luckily the tip of the rod did all the work for me, and this beautiful brookie was soon in my net. It appeared to be around 9/10 inches tip to tail. 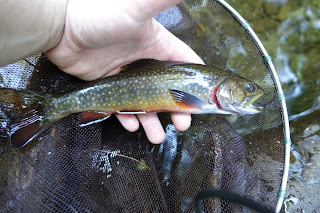 The gills were extremely red... something I don't think I've seen before. 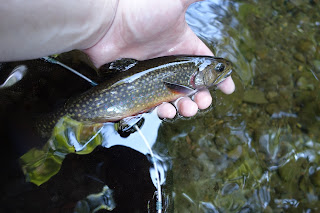 As I walked up, the stream flowed through some grassy bends where the last major storm had washed the bank away and changed the landscape. 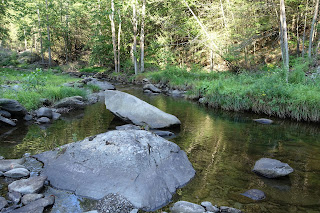 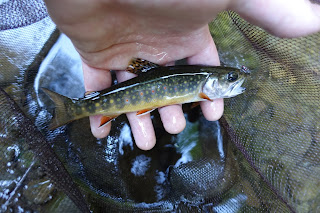 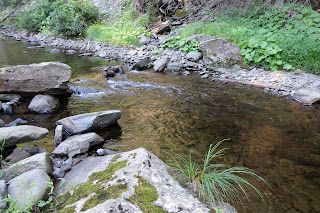 These grassy-banked bends all yielded decent fish. I loved this little brown from the small pool, above. It was hard to get a cast in to some of these spots without scaring fish. 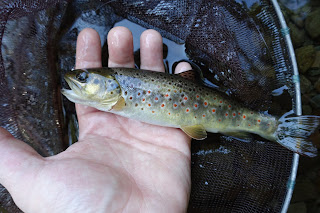 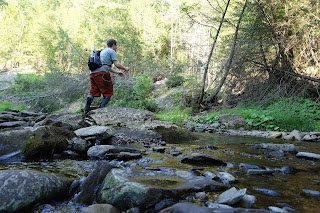 Wet wading with neoprene high-socks and wader-gaiters makes for a pretty comfortable 92 degree day with high humidity. Waders are practically useless for small stream fishing, especially in the summer and in places you may need to hike to. 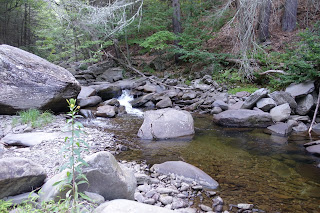 I can only credit nature for keeping the water temp at around 60/62 degrees. 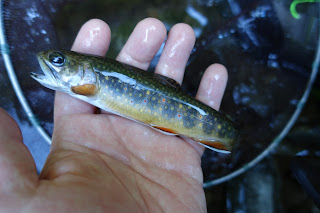 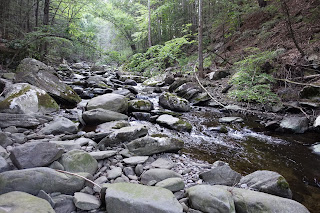 The sun was dipping earlier than I'd have liked and I reluctantly walked back to the car to head home. 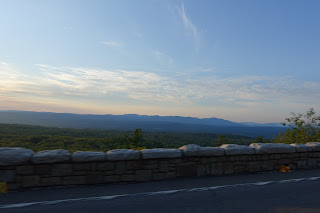 It was a beautiful sunset, with a few scenic views worth stopping for on the drive back. 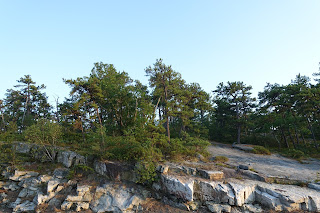 All too often it seems people lay low during the hotter summer months, but I recommend heading to the mountains instead. There's plenty of great cold water to be explored, especially if you don't need to catch the biggest fish!