When In Melt-Out Doubt... Fish The High Alpine Lakes

After the "secret season" in March and early April, melt-out begins and the rivers rage and boil over until June or sometimes even July. During that time the best move is to focus on the hiking, early season mushroom hunting, photography... and fishing the lakes as they melt out! 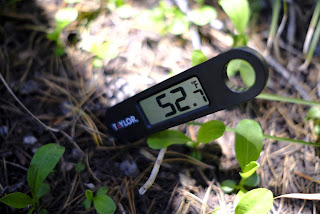 Once soil temps hit the 50's I start to see mushrooms popping here and there. False morels are a common site in conifer forests along streams. The real thing is much harder to find in the high alpine environment. 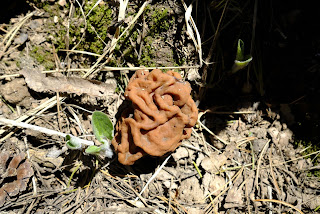 Wildflowers are in bloom, birds sing their songs, and life returns to the mountains. 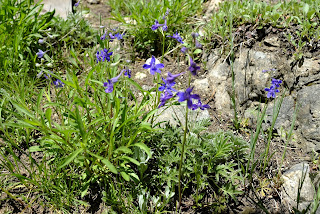 As much as one is tempted to search for that elusive hole or pocket, it is, assuredly, nothing but a waste of time... 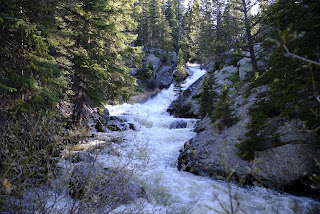 Reaching a stage where one doesn't feel the need to rush into the season and force oneself into unrealistically difficult fishing conditions holds its own rewards. The things you see when you aren't anxious about where you'll catch the next fish are usually some of the best things to be seen... 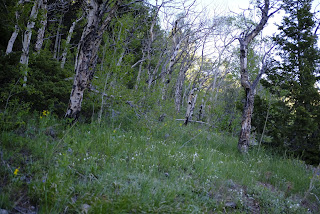 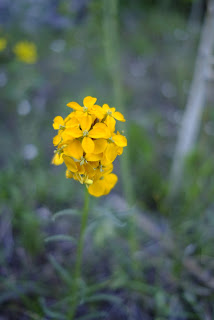 Usually the warm sunny weather melts the snow near the trailheads and down below in the canyons... but not the snow up high. Many people presume that they can easily get to the lakes and forget the difference between early June and Late July... 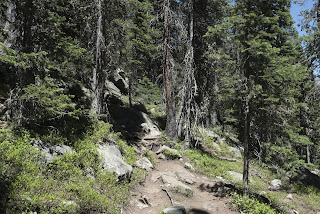 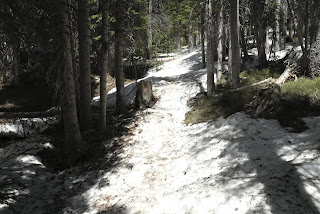 This is what you want to see when you arrive at a lake in the early season... some ice still clinging to the shores, ensuring hungry trout that feed with wild abandon. 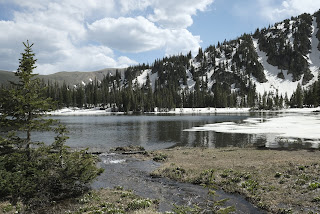 An astute angler notices the little details as well as seeing the big picture at the same time. 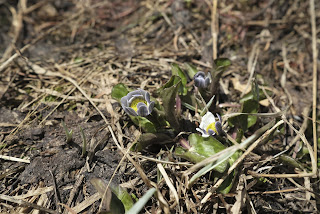 While you can use a Tenkara rod to catch trout in lakes without an issue, and while it is a super effective technique that often shocks the local western anglers and leaves them in varied states of disbelief; I have been spending some time with a UL Japanese spinning rod for the sake of fishing in the high wind, and because it allows me to leave Tenkara alone and not contribute to any confusion about what it is and what it is not. Because Tenkara is defined to exclude lakes and still water, and because I have been pushing myself to fish Tenkara as it is defined properly, the spinning rod feels a lot like the "right tool for the job." 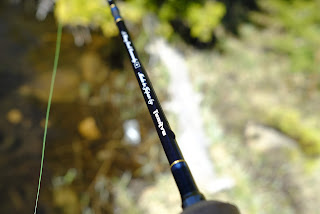 The fish definitely agree. I often use the current and the wind in specific ways... and I have found that trout here appear to really like a slow and jerky action on a spoon rather than a fast and cleanly pulled spinner. 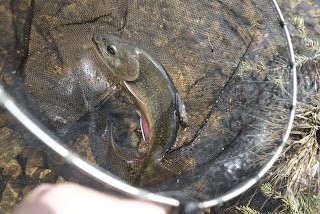 There's so much beauty in the high mountains, and even though sometimes I can tell conditions will be rough in the streams, its not just about catching fish for me. 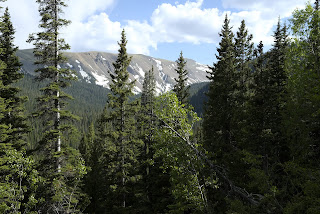 On the way down to the treailhead I saw some new, fresh mushrooms popping... gets me hopeful for the rest of the season. (It originally looked bad due to low snow pack levels.) 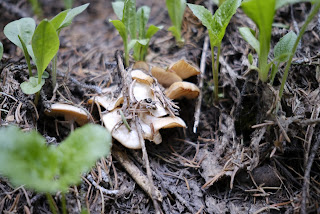 And how could one forget these insects dancing in the late afternoon light?

Only one more week until Genryu season begins... more to come then!