A Welcome Return to the Headwaters

This winter season continues to be difficult for small stream fishing with water levels still low, a real lack of snow, and constant temperature and weather changes. Winter isn't supposed to be great fishing, but the last few winters have fished so well I've forgotten what its like to have an "off season." 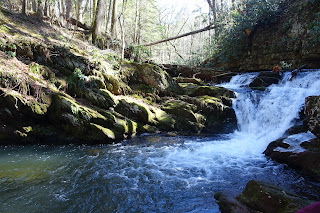 So, with great excitement, I chose a day with what appeared to be cooperative weather, and just after a rain for some increased flows, to hit a wonderful headwaters stream that I've been wanting to scout for a couple of seasons now. Not only was it beautiful, but it delivered, too. 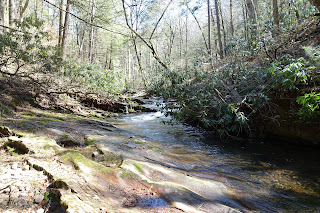 This was a typical stream for the Catskills or parts of PA, but I wasn't in the Catskills, or PA. I was pleasantly surprised and constantly in awe of the beauty in this small gorge. 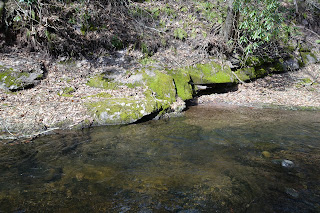 The first quarter of a mile or so yielded nothing, and then two more anglers came along. That was disappointing because they knew the stream and were moving fast. There was no way to stay ahead of them. The good part of that was, I noticed, that these guys skipped huge sections of small water and went straight for the big pools and the waterfall pools. 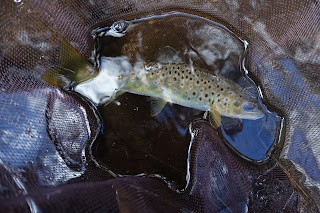 As I moved up stream fishing the smaller water, I began to get a few nibbles - and then a fish of enough size to take the fly struck. It was a nice little wild brown, and it hit on the retrieve... much like a streamer would act... and not so different from recent winter days when I saw the browns chasing bait-fish rather than eating insects. 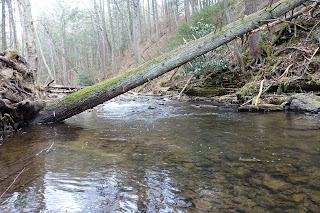 Once I had the technique for the day down, I began to find more fish, carefully fishing between bigger pools and in the smaller runs. It was a successful strategy for the day, and it returned my confidence after a couple of skunked days earlier this winter. That almost never happens, and I'd be lying if I had said it didn't hurt my pride just a little bit... 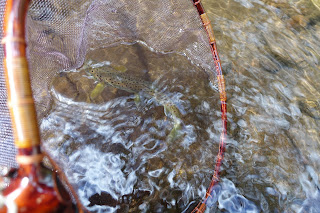 And of course, soon those skunked memories were fading, as I was releasing fish from my net and feeling somehow both relaxed and excited at the same time. 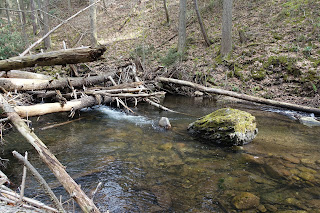 There were some nice spots where log jams created good features for the fish... and I was rewarded in those spots. 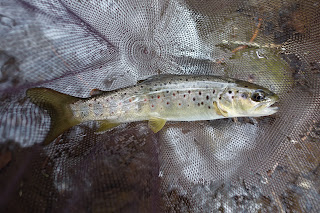 I came to a bend leading to a set of waterfalls and worked my way around. 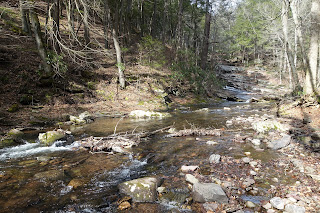 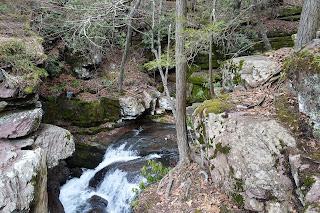 There were some nice spots in between, in which a more enterprising angler willing to take a little more risk could surely find some less worked-over water. 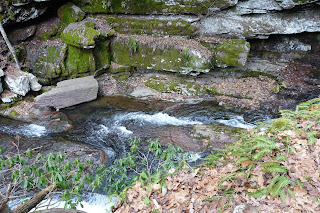 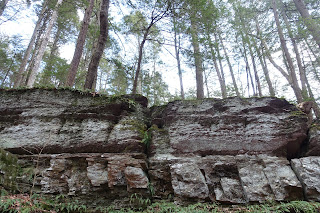 These images speak for themselves, what more can I add? 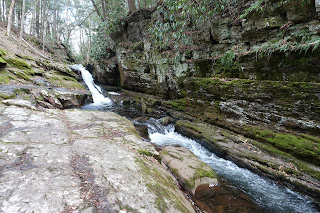 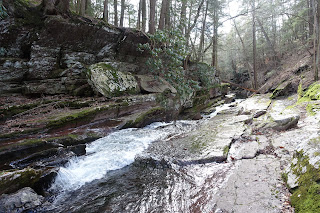 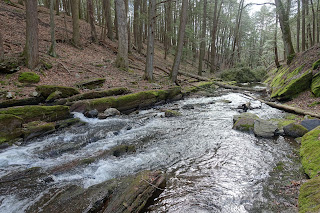 I found this rainbow which must have swum up from a long way below... 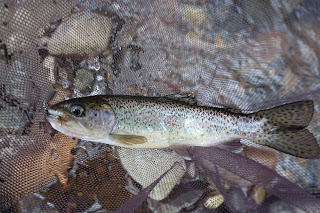 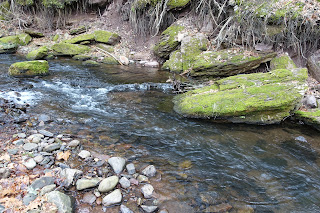 Eventually the stream flattened out, and the time came to turn around and head back from where I had walked in. 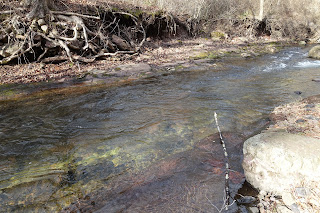 I stopped to photograph the sheath I got for my knife quickly... 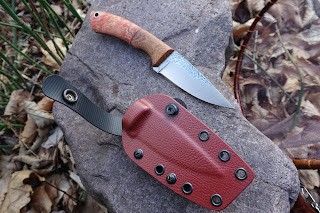 And lingering on the way back, took some more photos while enjoying the sunshine and the moss. 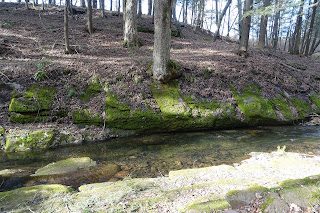 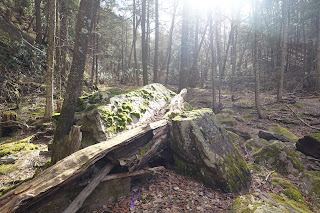 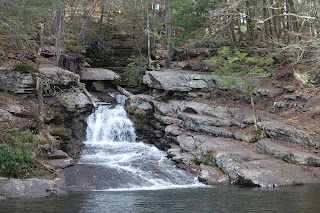 The light faded, as it always seems to do, and I walked the last bit back to the car. 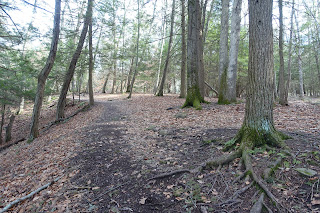 There's something nice about seeing my trusty Subaru Outback always waiting for me when I return. 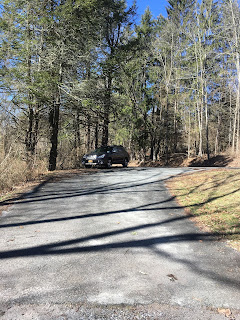 And with dinner that night, after surviving the traffic back to the city, I enjoyed some good beer and reflected on the day. Success. 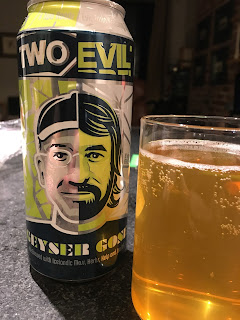