The days surrounding the Tenkara USA Summit in 2017 were definitely some of the best Tenkara days I've ever had, and I am really excited to re-live them as I tell the stories for you here. It all starts with the assembly of an east coast crew (but this time out west) and a blue line on a map... 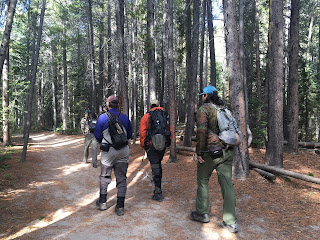 I had chosen an ideal stream for us to hit in the front range - Rob and I had fished the lower section a few days before, scouting a bit farther up and figuring it would be perfect for the group. We left reasonably early on a picture-perfect Colorado Fall morning and headed up the trail. 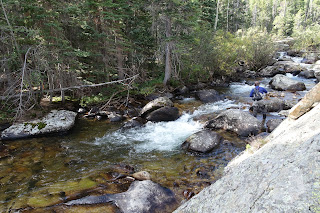 The river is a very typical mountain headwater, and while I wished we were backpacking and making camp in the wilderness, we were just making a full day trip up the river instead, while renting a cabin on a different (heavily stocked/boring) section of a different river nearby. 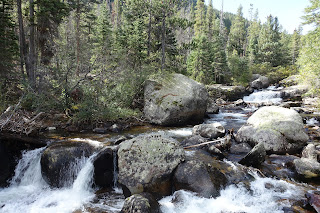 The first fish of the day for me was, ideally, a beautiful little wild cutthroat. I love these trout. Certain streams seem to have populations with really beautiful pink tones, and those so far have been my favorite. 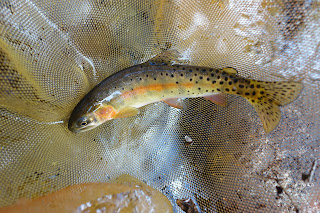 Fishing streams like this is all about reading the water and breaking down the sections into different zones. Working your way through the different zones can be a lot of fun for target practice - as well as for figuring out how to adjust your techniques to achieve the right drift, or to execute the perfect manipulation across varying micro-current conditions. 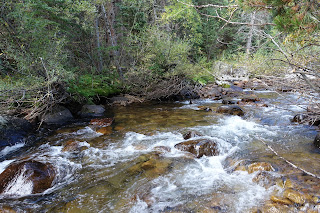 When you get bored of catching fish there are plenty of things to look at... 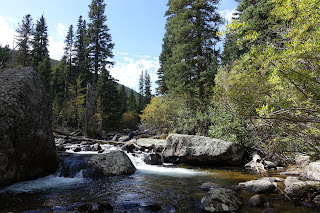 ...and then when you get bored of just looking at beautiful things around you, its time to go back to fishing again. 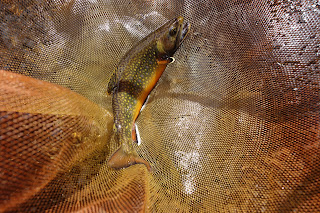 Working my way up, I got separated from the group. I thought somehow, after taking a break, that they were ahead of me, but it turns out I was ahead most of the time. After fishing a while on my own and realizing that the other guys must still be behind me given that I was moving fast, I figured I'd just stop and eat lunch in a visible spot where they'd find me. 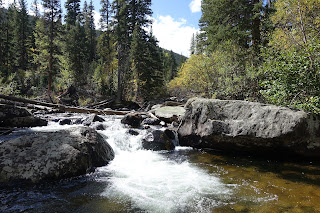 I finished lunch, fished a dreamy plunge pool, caught about 5 brookies in the 12-14" range, then took a water break. That's when Chris Zimmer caught up with me and fished the other side of the plunges I had fished on the way up. He landed a few nice ones, and then somehow one of us stepped on a bee hive. All of a sudden they were everywhere... we ran. I have no idea how we got away with no stings. They didn't get us - win! 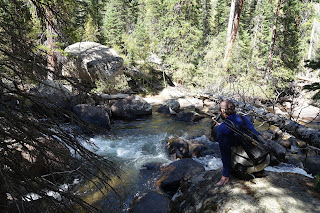 A moment later the other guys caught up and we took our turns working pool after pool and pocket after pocket... 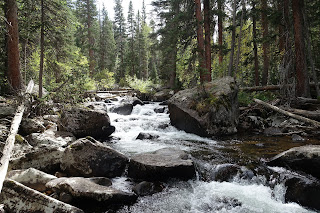 Plenty of fish were landed by all, and they were all beautiful. 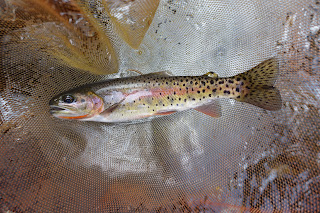 The wilderness out here is soothing for the soul, and somehow inspired me with a renewed focus for working specific Tenkara techniques. A bit of Tomezuri here, some Ashtapa-zuri there... and the fish were just really keyed in on feeding for a few hours too.

2017 was a year of learning and directly applying more tenkara techniques that I have learned along the way in areas that held good fish populations. That's a great recipe for self-taught learning. Starting with some existing knowledge, attempting to master it, and then connecting the dots along the way... But without the pre-existing knowledge we get from books and older/wiser Tenkara anglers in Japan, we would just end up fumbling around in the dark and catching fish, not fishing Tenkara. 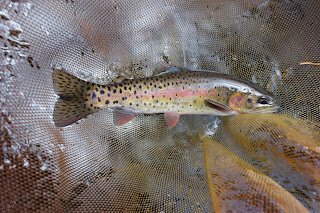 I discovered some legendary locations to return to on this particular day.
For example, this large plunge pool, below topped them all for me. Its hard to see the underwater topography but it was absolutely wild, and really difficult to describe with words. It was deep, and had all sorts of complex under-currents. It was a challenging spot to fish correctly but I managed a few really colorful ones here. It was a slice of heaven on earth, so to speak. 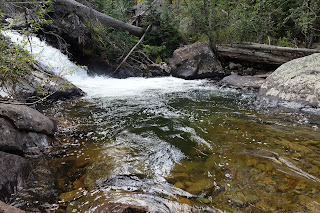 JP was killing it on this trip, and despite the altitude, he wasn't having issues at all. Goes to show some people just do better than others when it comes to adapting to changing altitudes. I am not great at that, and it usually takes me longer than most to adjust. 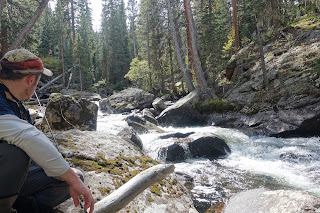 Another great part of the day was discovering this earth-star, only the 3rd one I've ever come across in the wild. They are interesting mushrooms for sure. 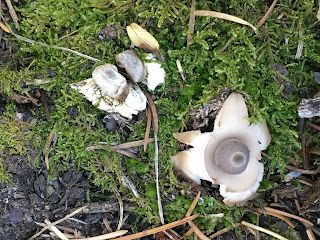 I particularly love discovering cave-pools and overhangs, because the trout the lie there tend to be darker and show unique colors. 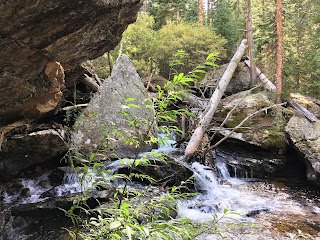 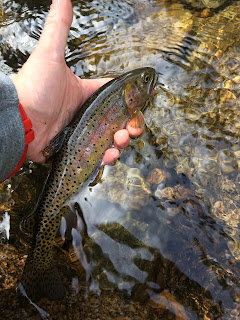 This season I also spent a lot of time fishing rods around 3.2 meters as I found it helped with the overhang in the high mountain streams of this wetter and more forested part of the Colorado Rockies. 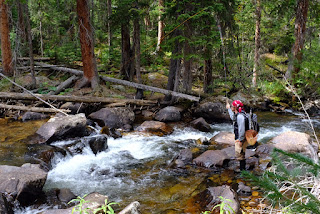 It was a prime time of the year for mushrooms, and there were plenty to be seen along the way. These looked like some kind of false morel. Not to be eaten if that's what they were. 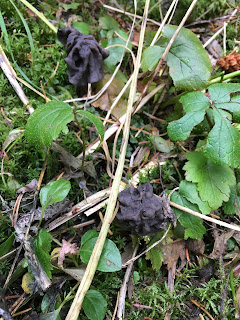 However, scrambling up and out of the river towards the end of the day, we found these - which appeared to be Matsutake mushrooms. It was prime time for them, but this patch was a bit old. 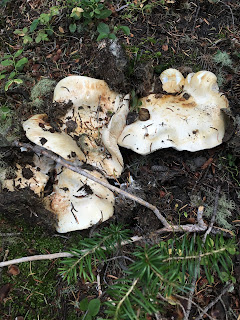 We had really milked the day for everything we could get out of it, and finally it was time to turn and head home towards the trailhead. 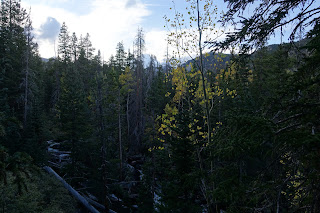 Back at the cabin we reminisced about the day over some good beer, a rather large portion of 80/20 ground beef burgers and some Discover Tenkara videos. It was great to hang with friends and live the life of Tenkara for a day.