It may be somewhat comical now, that my first update in so long involves fireworks from July 4th... But that's what happens when you are enjoying life and living in the wilderness! Its hard to get service to upload photos, and beyond that, who cares about the internet when you've got the outdoors to enjoy? I sure don't. 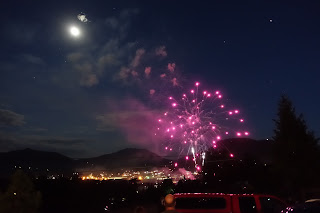 Back in July, before hiking the John Muir Trail, Rob and I decided to fish Loch Vale and Icy Brook. Loch Vale appears to be one of the most popular and well known lakes to fish in Rocky Mountain National Park. Walk into any fly shop in the Front Range, and they'll send you here if you're looking for C&R cutthroat fishing without a ridiculously long hike. 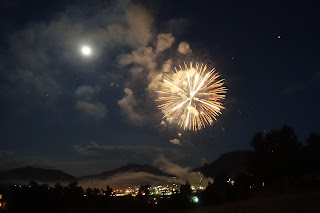 That being said, the hike is beautiful, as is all the water encountered on this trek. 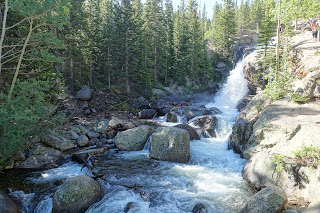 Entering from Glacier Basin, one hikes up a popular trail along waterfalls and cliff-sides, with many scenic outlooks along the way. About half way up you can see the mountains that form the cirque above. There was still plenty of snow, and the rivers were mostly blown out - but that's why we were focusing on the lakes instead. 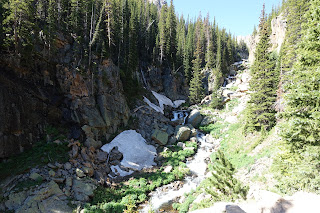 As soon as we arrived at The Loch I knew it would be an incredible day. There were fish stacked up along the logs, fish trolling the shore, and fish rising out in the center as well. 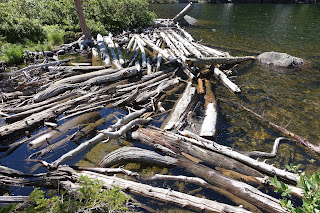 I took the opportunity to observe some fish for a while below me - it appeared that the spawn was mostly over, but some fish were still in spawn-mode, so I avoided those as best I could. 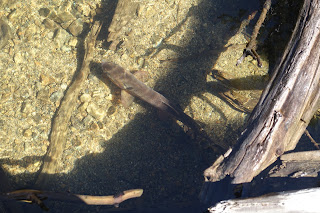 Making my way around the lake, I fished with a few different techniques, enticing just a few fish to my fly. But as the afternoon waned, it eventually hit that magical point where the fish just turned on. 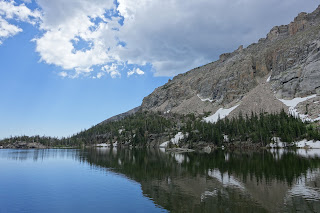 I caught countless beautiful and aggressive cutthroats just manipulating Kebari near the shore, and it was glorious. 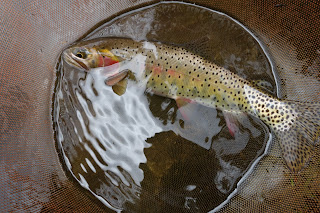 Icy Brook ended up being a bust for the day as the cutties were spawning there. So I focused entirely on the lake. 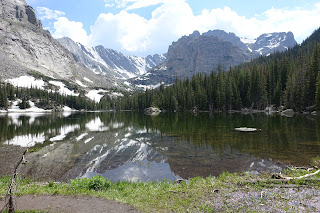 The surroundings weren't too shabby... the fish weren't the only interesting part of the day to be sure... there were flowers, lichens, and views everywhere. 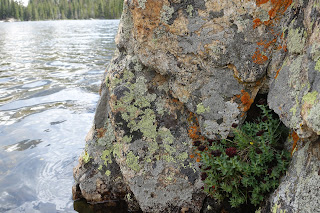 Some of the fish were of decent size, and the catch and release policy was surely to thank for that. 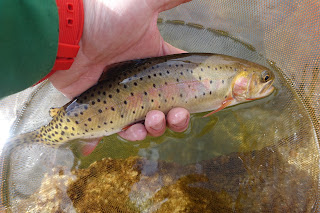 The colors on these fish were just spectacular! 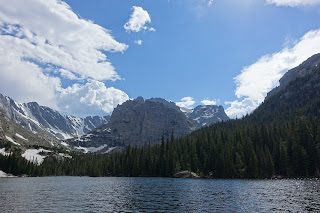 The later it got, the better the fishing was as well. 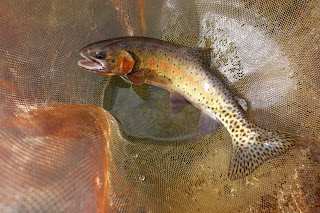 And with fish like this, how can you leave? 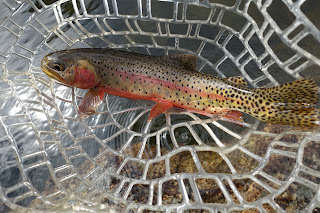 But we all know that they say all good things must come to an end... 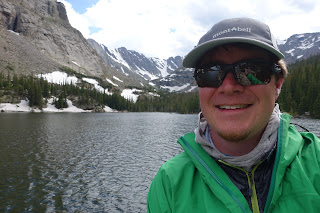 With a big smile we all hiked down to the trailhead, recounting the forever-imprinted memories of this successful day... 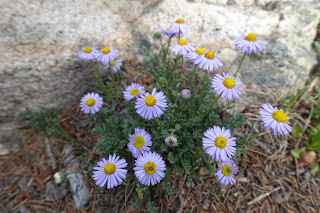 ... re-visiting the views from the morning, bathed in newly revealing evening light. 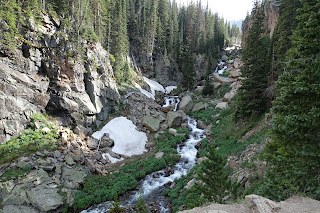 I like thinking about how many other people have shared these same moments, fished from these same places, looked upon these same impressive rock formations... we all came here and found this beauty and these fish waiting for us. 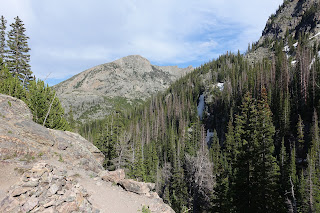