Enjoying Fall Colors Back in the Adirondacks

After having been back in society for a couple of weeks, I already felt the need to get out to the mountains for some forest bathing and general relaxation for the holiday weekend. The fall colors were in full swing, and I had been disappointed in cutting my time short in the Adirondacks earlier in the season... so naturally I packed up some gear and hit the road, heading for the ADK High Peaks. 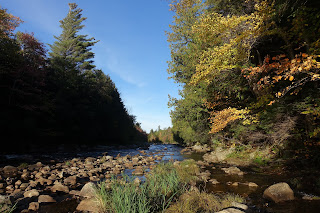 When I arrived in the area the weather was beautiful. I grabbed a campsite at Wilmington Notch, and hit the West Branch of the Ausable for a few hours. It was mostly not the best fishing for the fall that afternoon, but I managed to bring a few small browns to hand picking pockets as I usually do there. The water was low and not that cold. And it had just been a full moon. 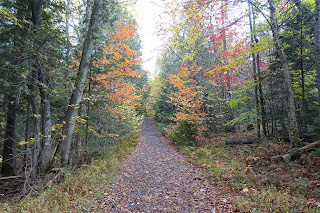 The next morning it felt really good to wake up in my tent... but unfortunately the rain was back. How ironic. I checked the weather and noticed it had turned for the worse. The plans for backpacking the high peaks and getting up to any Summits was no longer viable... what a surprise... so I shifted gears and grabbed my day pack, heading for a small stream that I have barely had a chance to fish in the past. 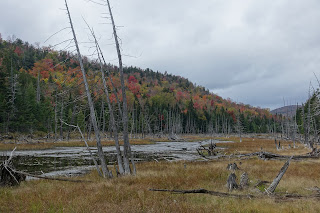 Hiking in I was surprised at the lack of moisture other than the fresh rain on the surfaces surrounding me. It was very dry... barely any fall mushrooms to be found and low water levels everywhere. Not typical here, yet unfortunately the reality of the last couple seasons at this time of the year. But the leaves... well they were simply on fire. 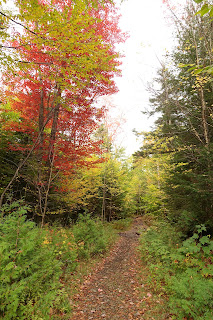 I really like this particular trail and section of the high peaks... its an area I didn't explore much as a kid. However, I have spent a fair amount of time here in the last few seasons. I was especially looking forward to checking out a section of stream that I have hiked by many times without having had a chance to fish it before. 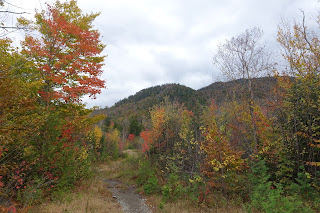 The short hike didn't disappoint, and I was lucky in the sense that the rain had temporarily stopped just as I had arrived at the trailhead. Fall is my favorite season of the year, and it can be truly unmatched up in this part of the Northeast. 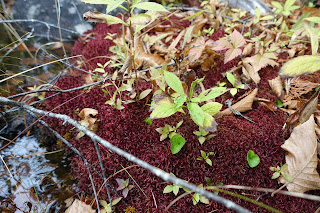 Other than the lack of mushrooms, though, it seemed that the forest was weathering this recent dry spell quite well. I took some photos of the mosses and lichens, which are always fascinating to me. It seemed like a great year for lichen.. tons of it all around, blooming... if that's what you call it. 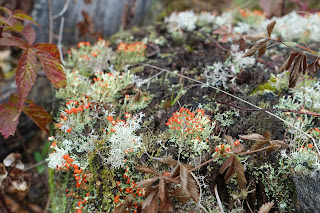 I soon found the spot I had wanted to fish, and walked off the trail and through the forest for a few minutes to find the stream on the other side of some thick pine trees. The pool I had walked up on almost immediately was clearly "the one" that I was looking for. 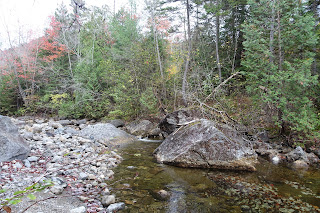 I spent a few moments just listening to the sounds around me, simultaneously resting the water in case I had spooked anything while walking up from below. My Nissin Royal Stage was ready to go and I was careful to present the first cast without letting any line touch the water... it was low and I knew the fish would be spooky. I cast a few times below the rock, to no avail. Taking a few careful steps and staying low, I presented a fine cast to the spot behind/above the large rock, and watched as a nice brookie slowly meandered up from the depths behind my fly. 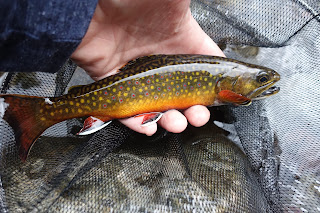 I love that moment when time seems to slow to a crawl... you see the colors... the shape... your heart races a bit... the mouth of the fish opens... the fly disappears... SET! The fish is hooked. I landed this brookie in my net and took a quick photo before releasing it back into the wild. A beautiful wild trout indeed. 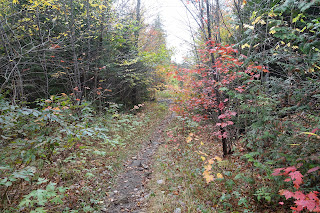 Deciding that it made sense to beat the incoming thunderstorms home instead of tempt fate for more fish, I called it a day after this first catch. It just felt right to end there, even though I had not spent much time fishing. So I did just that. 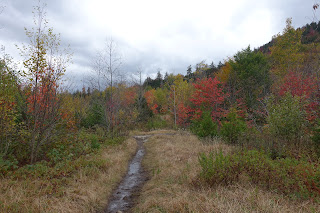 The walk out was even more beautiful, and it seemed the leaves were changing right in front of my eyes - a bit more color with each step - as if to tease me as I retreated from the stormy ADK weather for the second time this year. 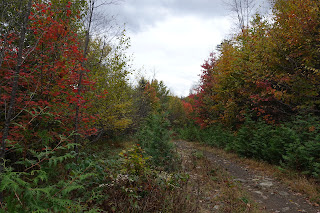 Taking in one last view of the stream, I collected my thoughts and continued back to the parking lot. It was bittersweet, knowing I had gotten that one perfect wild troutI had been wanting all year up here... but also not knowing when the next time I'd be able to return would be. Colorado is going to be an adventure, but the Adirondacks will always feel like my mountain home. 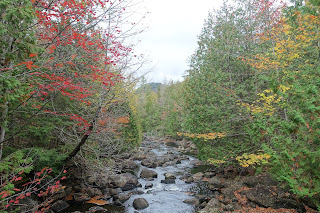 As the sun sets on my Adventures this season, I have a lot of writing to look forward to... bringing others along as I re-hash the events of the summer here in posts to come.... stay tuned. 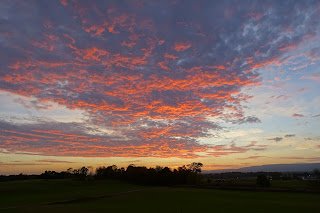