Just a day after returning from Italy, I joined the local NYC TU group for a trip to the Farmington River in Connecticut. This was my first time fishing this river and I was instantly mad at myself for having put this off so long. 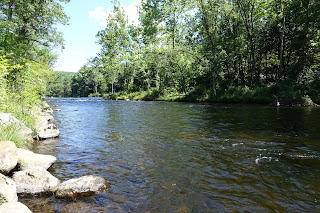 There was a nice long run and pool after some riffles behind our campsite. I spent the early afternoon fishing there. I was into some Salmon right away. What a surprise, I had no idea! They fight hard. They gave the Tenkara rod a real workout. 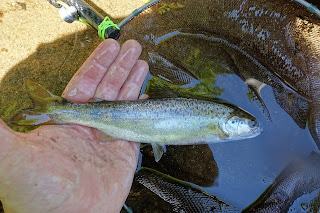 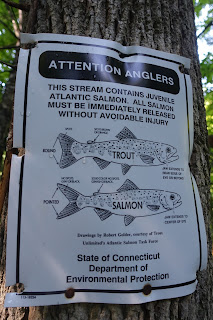 After a couple of those, I moved up to a tributary that was running low, but holding water just fine. There were many smaller salmon up there. They were taking a usual with wild abandon. 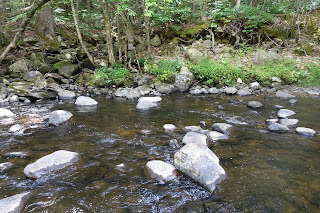 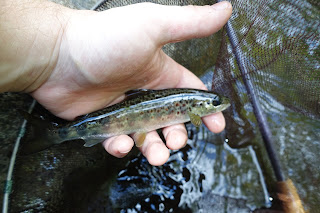 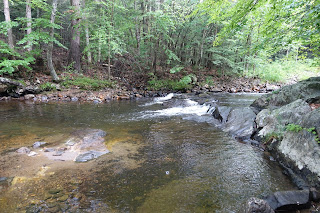 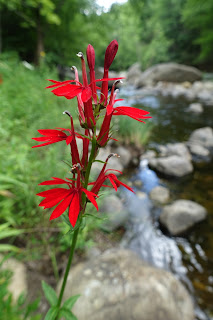 These little fish were fun to catch on my Kurenai HM30R. They put up a nice fight and jump all over the place. 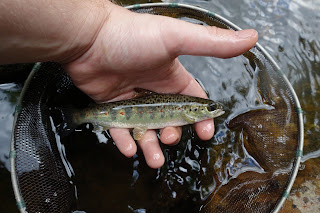 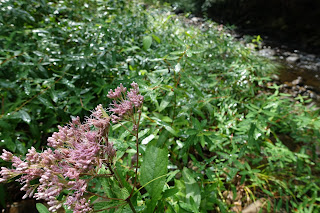 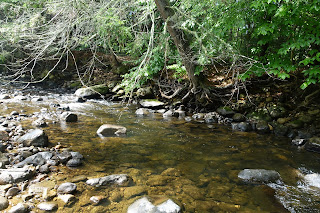 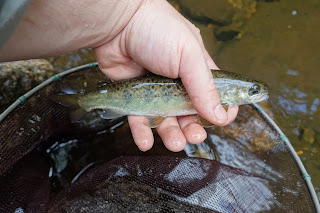 A great blue heron left this "gift" behind on a rock. 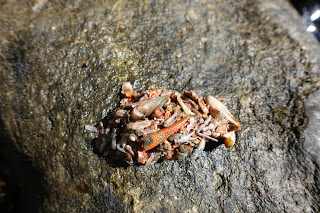 Later that night I lost an epic salmon of around 15 inches. It was just too much for the rod to handle. The brown below was the last fish I landed before calling it a night. Fishing in the dark is fun. 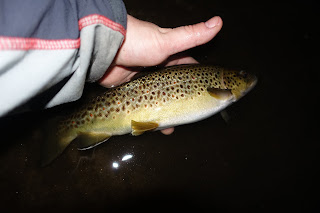 Dinner was great and I can't thank the TU guys enough for organizing everything and cooking. It was fun to sit around the fire and talk about fishing - telling stories and sharing great locations is always a great part of these trips. We drank some champagne and beers and called it a night. 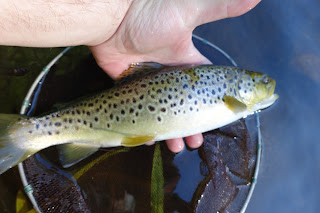 The next morning I caught what I swore was the same fish in the same spot... (not really, you can see the slight difference in patterns there.) After that I packed up camp and moved up river to fish some different water. There were plenty of places to fish. 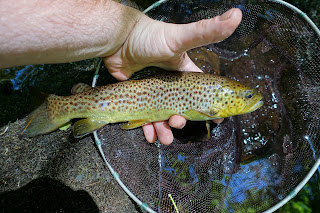 This nice brown was in a deep and dark pool hidden off to the side of the river. 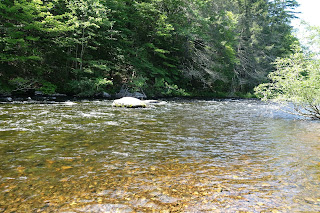 I caught browns, brookies and salmon over the course of the weekend. 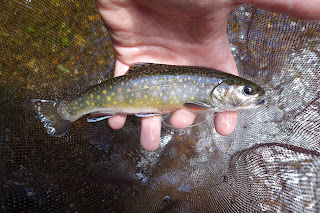 I mostly used soft hackle flies, fished both dry and wet. I also had success with nymphs in the riffles. It seemed like different fish were willing to take different flies across a lot of the river, but the soft hackles worked universally at all times and in all locations. 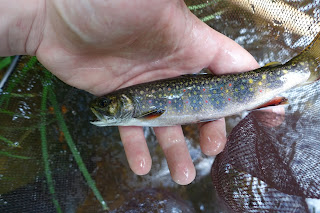 Overall I lost a lot of fish, but landed enough to fell good. I can't wait to return with a slightly more suitable rod with a bit more reach and ability to land some slightly larger fish to give this river another crack.