I finally had a chance to meet up with Rowan from Connecticut Fly Angler this year, and we spent a few early winter days fishing some small streams in his home state. 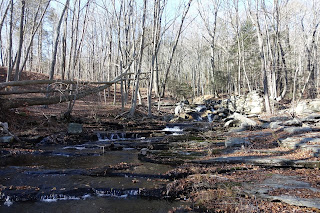 I love fishing in CT, the brookies are beautiful and so are the surroundings. There are all sorts of little streams hidden in the rolling hills and river valleys. 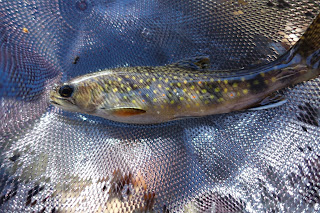 We explored a few streams across a couple of separate days - some were spring fed and meandering through the lowlands... 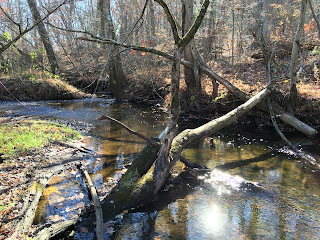 ...others were of the tumbling, plunging kind. 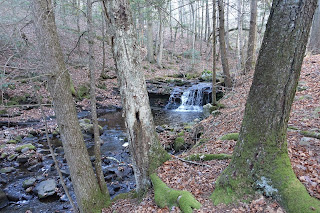 Wherever we went, the landscapes were dramatic, as was the lighting. 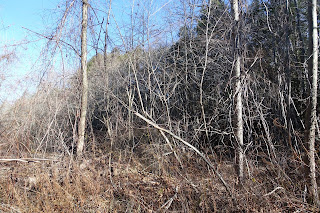 In one place, I was told the brookies were some of the most colorful around. I wasn't able to catch one there, but Rowan did. 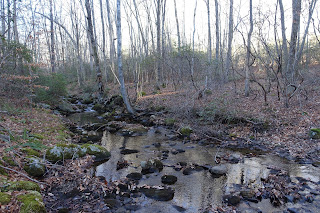 Look at those colors! There are pink spots inside the yellow ones on this little guy... that's something I haven't seen before. What incredible colors. I would like to return here one day to get another shot at catching one of these beauties myself. 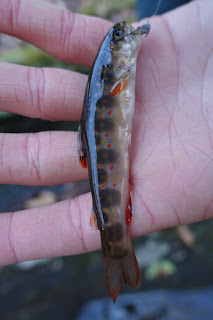 Water levels were a little better than they had been in previous weeks, but still looked low. In some cases the streams were just particularly small with not too much water at all, in any season. 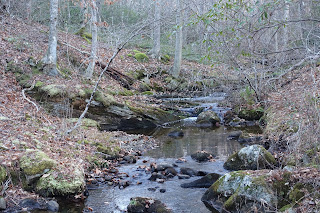 I spent most of one of the days using this little fly that I've been having some fun with recently. I've taken to calling it the ginger snap kebari on account of the color. 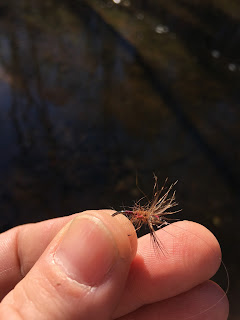 We fished at least 3 streams the first day, and I think we actually made it to 4 on the second day. 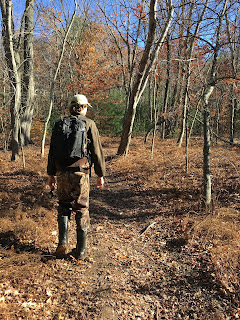 Most of the brookies were very small, although I did spook a couple of larger ones. They were hanging out in some strange places as they often do during these transition times between seasons. 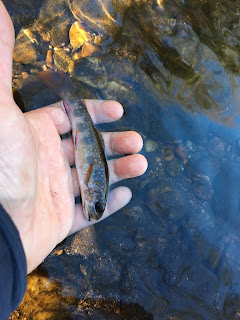 I certainly wasn't counting though, it was all about being in new places and having that wonderful feeling of exploration running through my veins. 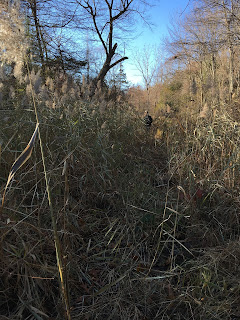 Of course the fish we did catch were all beautiful and wild. 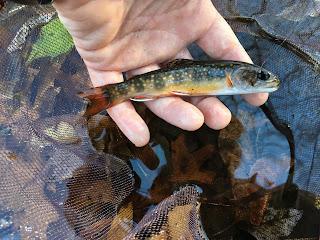 Some leaves were hanging on to the trees and caught the light of the setting sun so perfectly, it looked as if the forest was on fire. 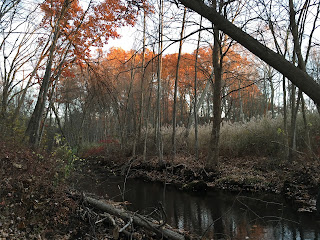 I spent a little too much time watching and observing, and a little bit too little time fishing, but sometimes that's what this is all about. 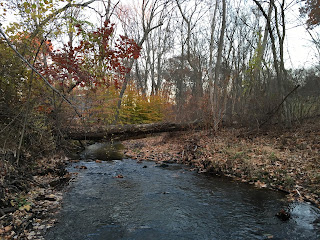 Looking forward to the next time!